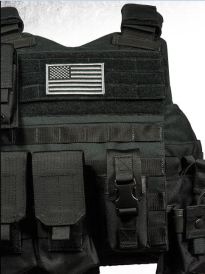 As one of western Canada’s largest body armour providers, we regularly get questions surrounding the topic of protection levels. Here is a basic course on how armour levels work.

First, it’s important to know how armour is certified. The US National Institute of Justice (NIJ) publishes standards that armour manufacturers are expected to follow.

We would suggest that, if looking for armour, don’t even consider an armour system that isn’t NIJ certified. NIJ can also revoke the certification for a company or a piece of armour should it fail any tests, and this is not an uncommon occurrence.

The NIJ revises its standards every few years. The current standard (in 2016) for soft armour is NIJ 0101.06. Rifle plates have a different standard. If you want to download the entire NIJ standard document, it’s available on the web; just search for NIJ 0101.06 standard.

Note that there are some companies in Canada that sell armour that is NOT NIJ certified. They use phrases like “NIJ qualified” or “designed to surpass NIJ standards”. If the armour could pass NIJ tests, the manufacturer would test it with NIJ and have it certified.

You should only be buying NIJ certified armour. If in doubt, ask the manufacturer for the NIJ certification documents. These are not proprietary documents so the vendor should be able to provide them to you.

Don’t accept statements like “We are working on NIJ certification” because one Canadian vendor has been saying that for 5 years. Most reputable armour vendors will not release their armour for sale until the NIJ Certification letter arrives. Note that each model of armour from the manufacturer will have its own certification sheet. There is also a database of certified armour here.

Here are the various levels:

A common discussion we have with police departments: Is Level IV “better” than Level III? Unlike soft armour, where IIIA is better than II (in terms of protection), that’s not the case with rifle plates. They are not necessarily better — just different.

Level IV plates are tested to one round of .308 cal AP (armour piercing).  Typically, most police in Canada don’t see AP rounds on the street, so this may not be the best option for most police agencies in Canada.

Level IV plates are typically thicker, heavier, and more expensive than Level III. In addition, they are only available in a ceramic core, whereas Level III is available in ceramic or the lighter and less-fragile Polyethylene (if your plates spend their lives in the trunk of a car, maybe a non-fragile PE plate would be better suited to the application?).

Before selecting your rifle plates, stop to consider what type of threats you expect to be facing. IV is not always better than III.

Stand-Alone vs. In Conjunction hard armour

If you are ALWAYS wearing the plates over your soft armour, then ICW plates are sufficient. They are lighter, thinner, and typically less expensive than a comparable SA plate because they depend on the soft armour worn behind it to help stop the threat (some plates require IIIA soft armour behind them, some only require Level II).

If you are going to wear the plates with no soft armour behind them, or if you aren’t sure whether or not soft armour is going to be worn under the plate, get a SA plate.

We should also note that there are NIJ certifications available for armour that has no ballistic protection but rather is designed to protect against stab/edged-weapon threats. This is known as “corrections” armour or “stab” armour.

These are all the same test (essentially a hand-made ‘ice pick’ weapon trying to puncture the armour), just with different degrees of force. Stab armour is extremely thin, light, and flexible — only a fraction of the thickness and weight of ballistic armour.

We find that most customers select Spike 2, unless they are in a very high-risk situation in which case Spike 3 is more appropriate.

We have been seeing a very significant increase in the interest of Hybrid armour. This is soft armour that is rated to stop both ballistic AND stab/spike threats.

Due to the nature of most officer’s work, it makes sense to consider a vest that is rated to stop both ballistic and stab-type threats. While this armour is very soft and flexible, it is a bit thicker than a ballistic-only armour and is a significant upgrade in price as you are essentially getting two vests in one. However, we are seeing a dramatic increase in the popularity of hybrid armour; mostly Ballistic II / Spike 2 armour. Special Threats are very important as they show the actual stopping power of the armour. Whereas some manufacturers will make armour that only passes the minimum NIJ tests, better armour manufacturers will ‘over-build’ their armour to stop many more threats.

In some cases, these Special Threat declarations can be quite significant. For example, our armour manufacturer, Armor Express, has Level II armour that passes NIJ but will also stop Level IIIA rounds (see image on right). This means that you can buy Level II armour but have the same protection that a IIIA vest would offer. Of course, a IIIA will offer more protection because Armor Express also has Special Threats listed for IIIA armour, which includes a rifled shotgun slug.

It’s important to note that some manufacturers have no special threat ratings at all, which means the armour was designed solely to pass certification but nothing further than that. 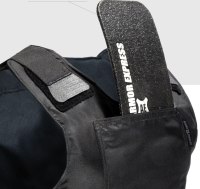 Trauma plates, also called Special Threat plates, are normally a thin plate that’s designed to be worn with your existing soft armour. These are typically very thin and light and you can barely notice them in your armour. They simply slip into the existing pocket on the front of your carrier. These plates are NOT generally certified because they are too small for NIJ’s testing criteria, so it’s up to the plate manufacturer to specify (usually on a label on the plate) the Special Threats that the plate protects against.

Trauma Plates come in a wide variety of technologies, from steel to polyethylene. Steel plates are an older style and aren’t worn much these days. They are heavy and, if you check the label on them, are generally not rated for any threat protection. Newer trauma plates normally are expressed as “Level IIIA+”. This isn’t an NIJ designation, but rather just implies that the plate exceeds Level IIIA. Trauma plates are normally fairly small; 5″x8″, 7″x9″, and 8″x10″. 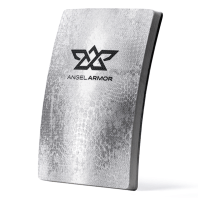 There are SOME small plates that are designed to stop rifle rounds. The “C-Shock” and “H-Shock” plates from Armor Express are available starting at 5″x8″ plate that will stop Level III rifle rounds. Also, Angel Armor’s “Truth Snap” plates are a combination system that allows you to wear a thin/light Level IIIA+ plate, a rifle plate that will stop a 7.62 round (AK-47) or if you wear them together, they’re rated at full Level III and will also stop a .223/5.56 round.

They will stop common rifle threats and are very light so you can wear them all day.

For soft armour, in addition to the NIJ standards, the FBI and DEA have their own standards that armour manufacturers must meet if they want to sell armour to these agencies. When selecting soft armour, ask your armour supplier if their armour meets these standards.

The DEA tests include both firearms as well as fragmentation tests;

To summarize, there are 4 types of tests you should look for;

Lastly, if you want to really ensure you are dealing with a quality manufacturer, there is an ISO (quality control) certification that is specifically for armour manufacturers. The manufacturer will be certified under the standard ISO 9001:2008 standard but will also carry the BA9000:2012 standard (specifically for Body Armour). This certification assures that there is a formal quality-control process in place for the entire manufacturing system, and also governs procedures like random in-production sample testing, etc.

We hope this helps you select armour that is best for your needs.  However, any armour is better than no armour! So, wear your vest and stay safe! 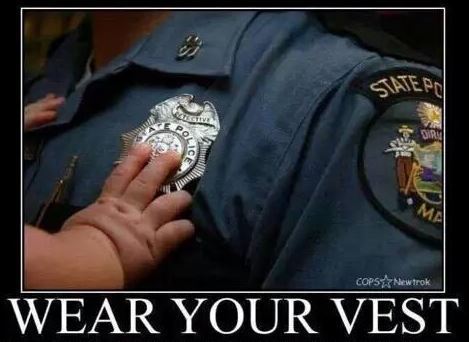